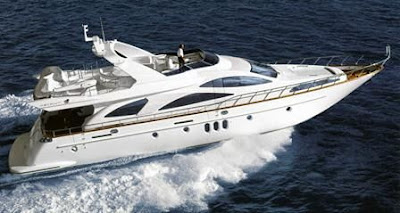 Owning a yacht is my favorite rich toy. Studies have shown that the world's super-rich spends nearly $22 billion on yachts every year. Owning a yacht is not for everybody; it requires the individual to be wealthy and to be able to afford to upkeep them. A yacht is treated as a liability that drains so much money from your pocket to maintain them. However, many wealthy people love them. It's like a status symbol of success at a different level. It's not like buying a Lamborghini or Ferrari. Owning a yacht is another level of wealth and achievement.

My dad always dreams of owning his private yacht, but he still delays his gratification to wait until he is financially stable before purchasing one. I, too, was the same as him; he felt that owning a yacht symbolizes accomplishment. Finally, in 2013, our dream came true. My dad finally decided to celebrate his success in his business career and my graduation with a bachelor's degree in finance by buying two pre-owned yachts.

My dad and I decided not to purchase a new one but instead buy one used. I was the one that looks for great deals on the internet so that my dad gets a bargain for his first luxury yachts purchase. We buy an Azimut 80 and Sun Seeker 74 yacht manufactured in the year 2003. Both yachts were about ten years old when we purchased them, but there were many benefits of buying them used rather than new. In this article, I would like to share why my dad and I decided to purchase used ones and not brand new ones.

1. Big Bank for the Buck.
Yes, this is one of the prime reasons for purchasing a used yacht. A used yacht usually costs so much cheaper than a brand new one by a lot. These toys depreciate in value by a lot, and buying one used can be a wiser choice. With a used boat, you get more boats for fewer dollars, lower cost per year of ownership, and less on the line if you decide a different style or size boat would better serve you.

My dad and I could buy yachts that are big in size and purchase it at a fraction of its market suggested retail when it's brand new. That's the reason why we were able to buy 80 and 74-foot yachts. If my dad had bought it brand new, we wouldn't get the identical size yachts for our budget.

We were able to save a lot of money by purchasing the yachts used. The significant part is that there was not much different from the newer model to the old one. Yes, the design might be different. However, in terms of the size of the boat, we were able to get a big yacht that can accommodate many people to go to the island. 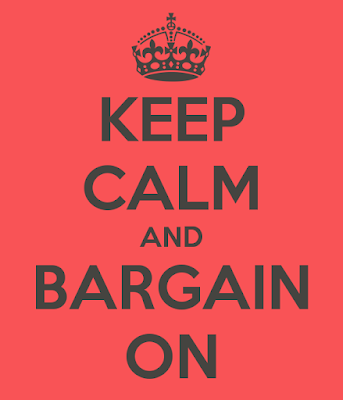 2. It's Cheaper to be Renovated in Our Country.
My dad and I decided to buy it used even though there might be many issues with the yachts because it's cheap to be renovated in our country, Indonesia. My dad didn't buy the yachts and do anything about it. In fact, he spends little money to get the yachts fixed and also modified. It was a fun experience for him since he likes making used products look unique and new again. He had been doing that since he was still young and poor. He didn't do this with a yacht but with a used car.

3. Slower Deprecation.
When you buy a yacht used, you tend to have slower deprecation of owning them. The main deprecation in a yacht's value comes in the first few years. Since we bought the yachts in 2013, they were 10 years old when we purchased them. The two yachts we purchased were a 2003 model, and the price had depreciated a lot since it was first manufactured.

Even when this article is written (June 2020), the yachts have the same resell value we purchased in 2013. The reason is that the salvage value of the two yachts is near the price we purchased. Thus, both yachts had hit their bottom price from the original price when we purchased the yachts.

For example, the Azimut 80 2003 model is priced at $4,500,000 when it was still brand new. We purchased it at $700,000 in the year 2013. That's a depreciation of 84% from its original price. So even when we had the Azimut 80 for a few years already, the value of yachts is still near the price we had purchased. In fact, since my dad has put time and effort into renovating and modifying it, he had the opportunity to sell it at a higher price than the price he purchases, which can profit him from owning the yacht. He wouldn't be able to do this if he had bought the yachts brand new.

My dad and I felt that those times we spend delaying our gratification pays out. If my dad had bought the yacht brand new in 2003, my family wouldn't have the factory we currently have now. We would end up having a yacht that is only valued at 15% from its original price. I'm so grateful that my dad is smart and wise when making financial decisions. If it wasn't for him, we wouldn't be where we are today. 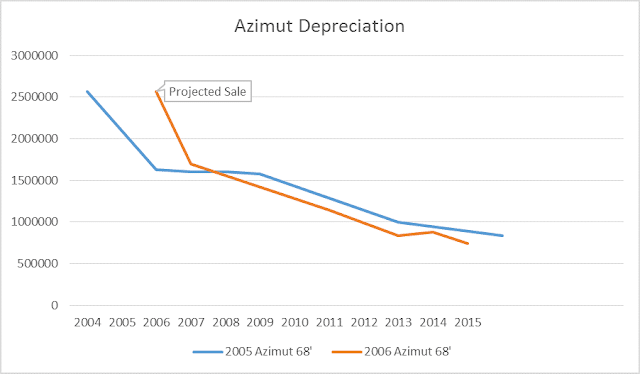 4. Charter Potential.
Owning a pre-owned yacht has the benefit of having it chartered. Since the yacht is not new, you will be more content to have them rented and used by others. There are demands of having your yachts chartered by a person who wants to have a party or gathering. Having the yachts chartered can help with paying expenses on the upkeep of owning a yacht. You can let renters beat the yacht a little and give you your money back. This is different if you had a brand new yacht; you tend to be more pre-cautious to have it used by others since they might damage it.

My dad could have the yacht rented out a few times when there is a demand for it. Some of the occasion is from people who want to have a yacht party to an island, and renting one is a better option than purchasing one themselves. Also, not everyone wants to go through the trouble of owning their yacht. Rather than owning one, they simply just charter a yacht when they want to use it for a special event. 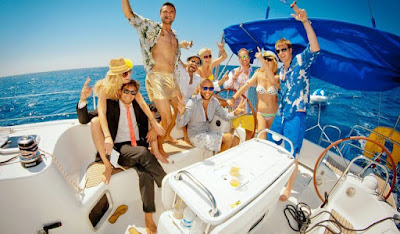 In Conclusion
Overall, it may be said that it's excellent to purchase a brand new luxury yacht; however, my dad and I have decided to buy that pre-owned (used). Purchasing a luxury yacht used has many benefits since it's cheaper and has hit the bottom in depreciation. Also, my dad used cheap labor in Indonesia to have his yachts renovated and modified to make them look fabulous again. And when my dad needs a little extra cash to maintain the yachts, he can easily rent the yacht out to people who want to use them for events. These benefits would not happen if my dad and I bought the yacht brand new. I have placed a picture of my dad's yachts collection below. I hope you like them! 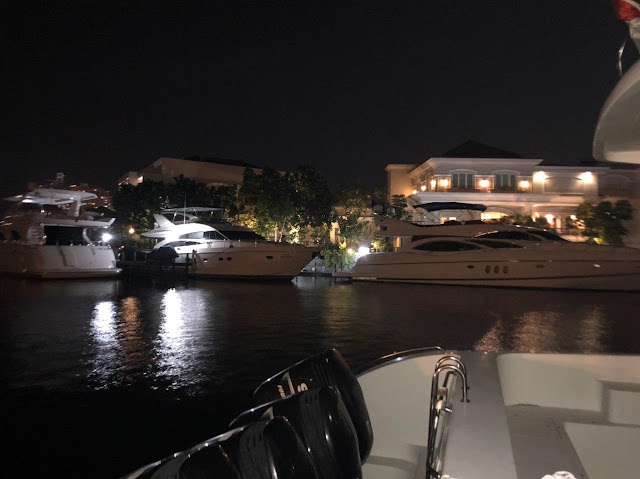